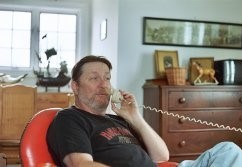 By 1992, John and Pat moved their facilities to Seymour, Tennessee. In 1995, as the business continued to expand, American BioResearch hired its first technician. By 1998 John was no longer able to meet the increasing requests for testing in the Seymour facility so the business expanded to a 5000 square foot facility in Sevierville, Tennessee. This move was soon followed by the hire of 3 additional technicians. Under the guidance of John, the company continued to grow because it offered the high quality and personal service that set the foundation of what ABR is today.

Because of the close working relationship between John and Dr. Adams, President and CEO of VMRD Inc., there were many years of discussion that it was very sensible that at some point VMRD would assume ownership of ABR so John and his wife Pat could enjoy more time with their family. Of course, John also envisioned spending more quality time astride his cherished Harley Davidsons. 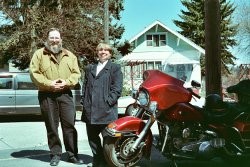 In the early spring of 2006, plans were put into action for the purchase of American BioResearch by VMRD. The goal was to perform joint​ testing and make a gradual transition to the Pullman, Washington facilities where ABR is currently located. Unfortunately John fell ill and passed away in the early summer of 2006 so it was necessary to expedite the transition. Following completion of the new Pullman, Washington facilities and rigorous validation and training, the transition was completed earlier than originally planned. On February 1, 2007, the Sevierville, Tennessee facilities ceased receiving samples and since then all samples have been sent to the Pullman site for testing.

Though in a different location, ABR continued to provide the same great service they had become known for over the years. Dr. Travis McGuire and Dr. Scott Adams fully reviewed and revamped testing procedures and the work continued with new technicians. In June 2011, we added Mycoplasma testing to our service list, providing even more options to our clients.  As of May 16, 2016, ABR is known officially the services division of VMRD.

Our facility has state-of-the-art equipment and eight full-time employees. Testing is performed using many of the principles of Good Laboratory Practice (GLP). At VMRD, our vision is to provide high quality services and support to our customers and a harmonious and rewarding work environment for our employees. Every day we endeavor to offer the highest quality service to our customers, along with world-class quality assurance and industry-leading turnaround time.